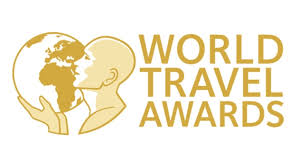 Both events will take place on the evening of September 4th at the world-class resort, welcoming hundreds of hospitality leaders from across the region and around the world.

The decision to combine World Travel Awards Europe Gala Ceremony and World Spa Awards Gala Ceremony will give nominees and delegates a heightened exposure on the night as well as increasing the networking opportunities on offer.

The event will be a showcase of both the best of European hospitality and the global spa and wellness industry.

“We are currently putting plans in place for the event and I look forward to welcoming our delegates from across Europe and the wider world to the dual Gala Ceremony.”

Forte Village Resort is the perfect host for the dual-event.

The resort is a world of its own, with a wide choice of four and five star hotels, beachfront suites and villas, restaurants, pools, sports activities, children’s clubs and entertainment, on a magnificent beach where guests can be as active or relaxed as they wish.

World Travel Awards was established in 1993 to acknowledge, reward and celebrate excellence across all sectors of the tourism industry

Today, the World Travel Awards brand is recognised globally as the ultimate hallmark of quality, with winners setting the benchmark to which all others aspire.

Each year World Travel Awards covers the globe with a series of regional gala ceremonies staged to recognise and celebrate individual and collective successes within each key geographical region.

World Travel Awards Gala Ceremonies are widely regarded as the best networking opportunities in the travel industry, attended by government and industry leaders, luminaries, and international print and broadcast media.

World Spa Awards is a dynamic awards programme, launched in 2015, and is designed to drive up standards within spa and wellness tourism by rewarding the organisations that are the leaders in the field.

Find out more at the official World Travel Awards website.