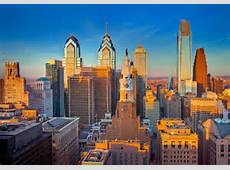 It is interesting to note that the city of Philadelphia is the largest city in the Commonwealth of Pennsylvania and the fifth-most-populous in the United States.

You might be interested to know that the city of Philadelphia inhouses numerous national historical sites that relate to the founding of the United States. The Independence National Historical Park is the center of these historical landmarks being one of the country’s 22 UNESCO World Heritage Sites. Independence Hall, where the Declaration of Independence was signed, and the Liberty Bell are sure to mesmerise you along with the promptbuscharters.com
You will find other historic sites in the city like the homes for Edgar Allan Poe, Betsy Ross, and Thaddeus Kosciuszko, early government buildings like the First and Second Banks of the United States, Fort Mifflin, and the Gloria Dei (Old Swedes’) Church. Philadelphia alone has 67 National Historic Landmarks, the third most of any city in the country.